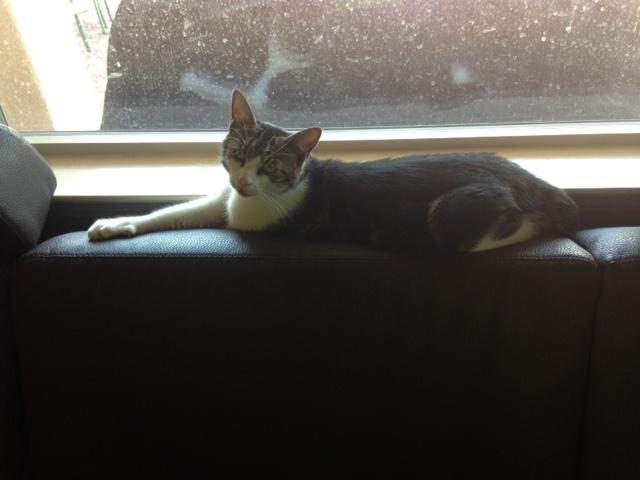 We are a military family and we had recently moved from Germany to El Paso, TX. The transition was extremely stressfull for our cat G.I. Joe (Joe) and one day he got out of the house. We looked everywhere for him, posted up lost pet flyers in the neighborhood, and left flyers at all the local animal shelters. Most importantly we contacted AVID and made sure that we had changed all of our contact information so that if by chance he was found they would be able to contact us. AVID was great, they called to get more information about Joe and put an alert on his microchip that he was a lost/stolen cat. Months went by and living in the desert we assumed the worst. The end of August we got a call from AVID and the shelter that Joe had been turned into. They called both my husband's phone and my phone as well as my parent's phone back in Michigan to let us know. Someone in El Paso had humane cat traps and was doing capture and release with ferrel cats. Joe had been caught in one of these traps and when they checked him for the chip they looked up our contact information. My husband was able to pick him up that day. He was a bit skinny but no worse for the wear. My hubby jokes that G.I. Joe is now ranger qualified after surviving a summer in El Paso.

We are so thankful for AVID because the shelter that Joe was brought to euthanizes animals after no one has claimed them for three days. After Joe being gone for a month I was not checking in at that shelter every three days. If Joe wasn't microchipped we would have never known what shelter was keeping him and he would have been euthanized. Instead, we were notified and reunited with Joe.